I had no idea of what Blue Man Show was going to be like before I walked into the theater at The Venetian. All I could remember was the advertising pictures of three blue men with very big eyes and funny weird faces who look like Avatars, that I felt like I might be going to watch a sci-fi whatever. I didn't put high expectation on the show as I was assuming the sets wouldn't be any better than Cirque du Soleil and the acrobatics wouldn't be any better than Franco Dragone. But it turned out I was completely wrong, the show far exceeded my expectation and proved to me that it doesn't have the most exquisite stage or the most exciting jump to be the most fabulous show! Yes! Blue Man Show is the most fabulous show I ever go!

Although the opening of this show was only done with the minimal theatrical set up, the hilarious performances of the blue men already captured the attention of the audiences. And magic came after when loads of highly diverse and visually stunning media inadvertently blended in, that brought us to a whole new world where our senses were simultaneously stimulated. By the time it was like blood boiling rock festival when everyone went crazy, the blue men jumped off the stage crawling up and down among our space, leading us all together to end the show in applause. The two hours of wonderful performance were stuffed with interesting concepts like self-consciousness, human weaknesses, information pollution and more, unfortunately I couldn't process them all because my brain was pretty busy working on the brand new experiences I never had before. I believe I must watch it a second round to be able to digest everything all at the same time.

Once again I love to thank my friend from Vegas who treated me to this very unique show, having the chance to see such a creative and inspiring production in the beginning of my journey had helped unleashing my long lost passion and imagination early on my road.

Besides, Blue Man Show does not only perform in Vegas but also many other cities in US as well in Europe, please check out their site for your closest venue if you feel like you are already in love with them.

Being in the heat burning desert Vegas made me feel totally hot and thirsty all the time, I kept wiping my soaked face with my sweating towel under the high noon that was never tired of shining. Started from Wynn I headed my way south on The Strip, along the road I saw many world famous casino resorts that all looked familiar to me, but somehow these replicates became kind of special under the very beautiful blue sky. Mentally I was chill but physically I was ill, I knew I had to stop even it wasn't yet the southernmost point of this little journey. Lucky I found Coka-Cola Store when my temperature rising body was about to collapse, that the frozen coke immediately powered me up and saved me from dehydration. Seriously I felt so good as if I were one of the leads in their TV commercial stories, actually it was my first time agreeing commercials are cheating nobody. 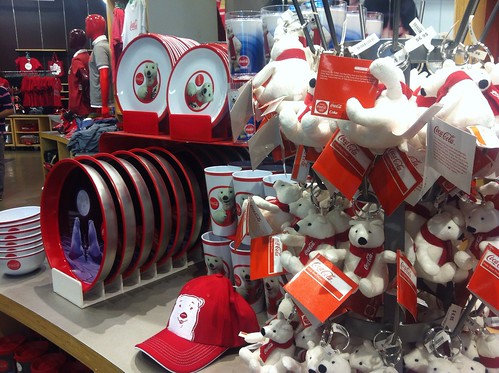 I continued my walk after my little break, when I was close to the southernmost I crossed the bridge to explore the other side of The Strip. The sun was already shifted to the west and I no longer sweated, finally I had the leisure to pay attention to what was happening on the avenue. Guys were all sporty and girls were all sexy, that I kept seeing sun shining smiles and hearing high pitch laughters among friends and families, everyone was simply happy, very happy. By then I realized that all those splendid buildings, glittering signs, crazy parties and money games are in fact backdrops set up for everyone in the Sin City, for every lead in their own story.

My hometown Macau is named Vegas of the East, with numerous casinos and resorts and the almost identical Venetian and Wynn. Since long ago investors kept promising to build another Vegas Strip on our Cotai Strip, I actually believed it before it could be done within years but now I know we really have to wait a bit longer, not only we have to wait for the never ending infrastructure, but also the people who simply wants to be happy. The glittering world is designed for those who cares about being happy, but not the ones with long faces or full of worries, honestly, it doesn't matter if your weren't a fan of smiley, just don't disturb all the other people who are enjoying themselves in the city. 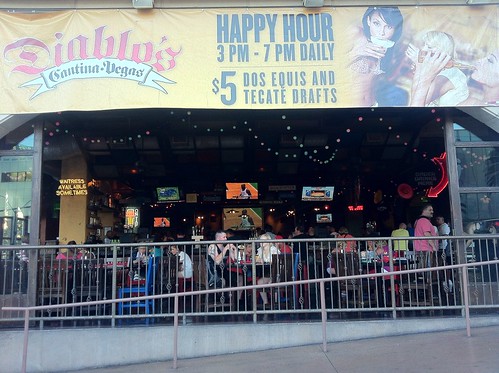